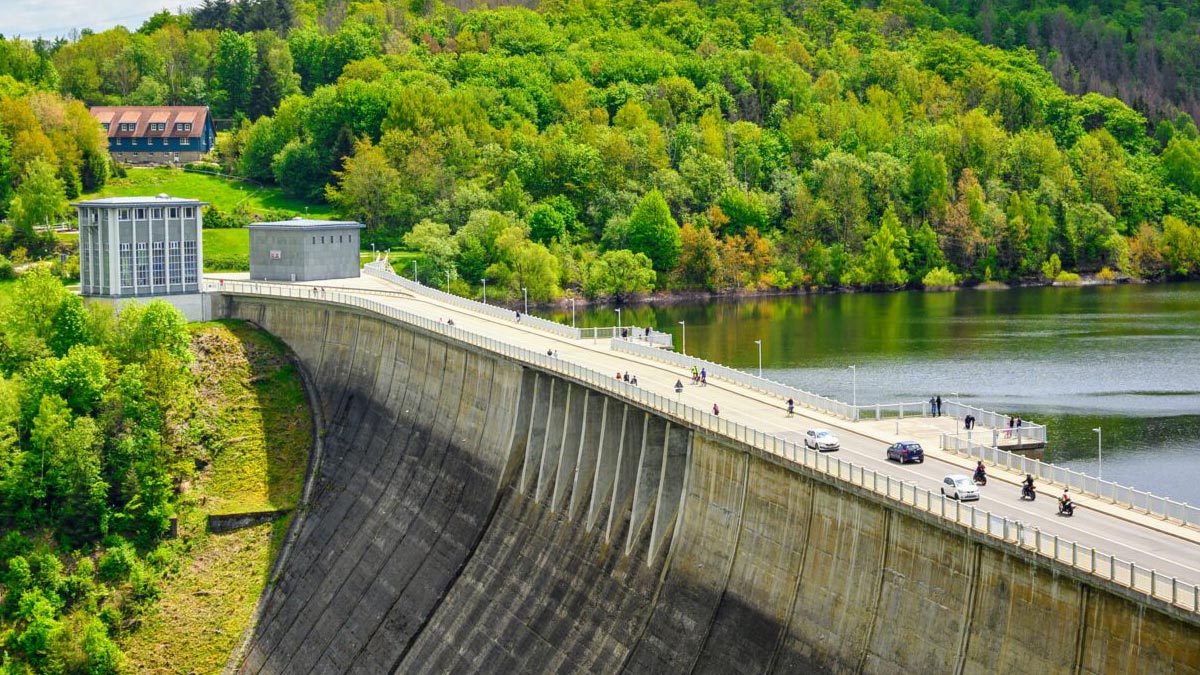 Good water quality is important and the water stored in reservoirs ensures our supply of drinking water but is at significant risk due to climate change.
A research team demonstrated how the climate-related disappearance of forests in the catchment area for Germany’s largest drinking water reservoir can affect water quality. The problem of such indirect consequences of climate change is seriously underestimated, the scientists warn. Water quality is of critical importance, especially for drinking water reservoirs, as subsequent treatment in the waterworks must continually meet high standards.

The consequences of climate change are increasing and are changing our environment. A prime example is the countryside in the catchment area for the Rappbode reservoir in the eastern Harz region. This is the largest drinking water reservoir in Germany and provides drinking water for roughly one million people. Long periods of drought over the years from 2015 to 2020 have so severely weakened the tree population in the Harz region that parasites such as bark beetles have been able to propagate. This further exacerbated the effect: The trees were further damaged and quickly died off. This massive forest dieback is advancing rapidly and is dramatic. This will have consequences for the drinking water reservoir.
Forests play a key role in the water cycle. They filter the water and bind nutrients and are therefore necessary for good water quality. The fewer nutrients — i.e. nitrogen or phosphorus compounds — contained in reservoir water, the better it is for drinking water treatment.
The rapid forest decline in the eastern Harz region is now a matter of grave concern for the reservoir and waterworks operators.
Spurred by this development, the UFZ team has investigated the effects of climate-induced deforestation on reservoir water quality in their model study.
The researchers noted that forest dieback as an indirect consequence of climate change has a more pronounced effect on reservoir water quality than direct effects of climate change such as elevated water temperature. The team were actually surprised by the extent of this effect.