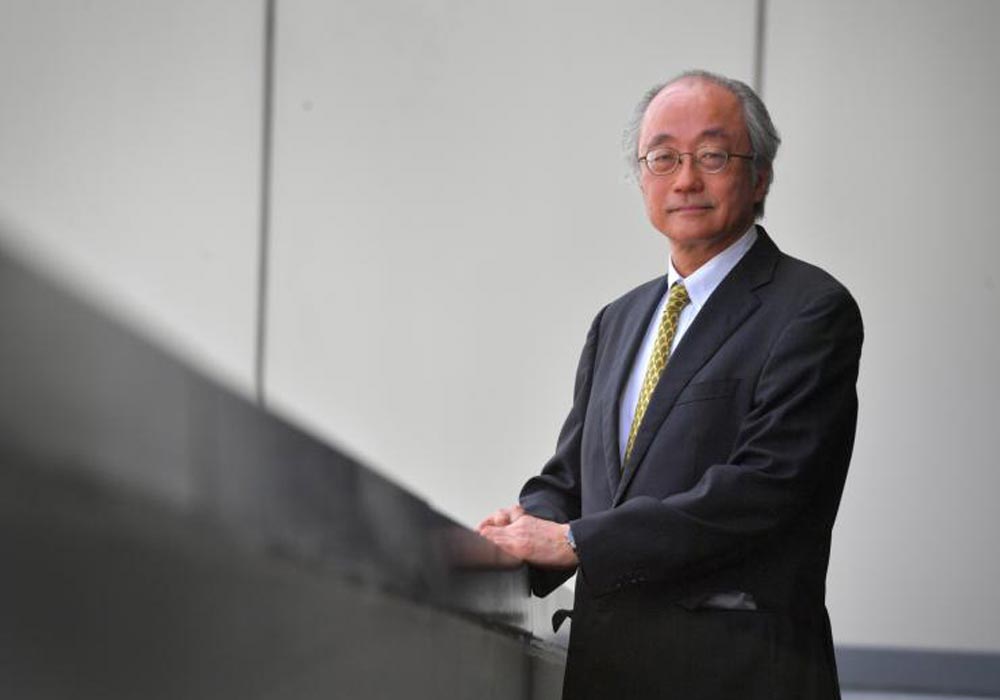 Although MBRs for used water treatment had existed prior to Professor Yamamoto’s prototype, earlier designs could not be adopted on a large scale due to 2 their massive energy requirement and propensity for membranes to foul easily. Professor Yamamoto then engineered a design that operated submerged hollow fibre membranes intermittently into the biological treatment tank – a process called intermittent filtration – thereby circumventing both the energy-intensive recirculation loop and membrane fouling issues found in earlier MBR designs. This was a breakthrough in the field of used water treatment and water reuse.

Although he was the first to present the submerged MBR concept at the then International Association on Water Quality conference in 1988, Professor Yamamoto chose not to claim patent rights to his invention. His decision allowed for extensive research and development, and commercialisation efforts to be carried out, which accelerated the adoption of submerged MBR technology for used water treatment and thus benefitting the water sector and humanity at large. He continued to contribute to the advancement of the technology through further research and close partnerships with membrane companies in Japan and abroad, that facilitated the commercialisation and implementation of the technology globally.

Today, submerged MBR technology is widely recognised by experts as an effective technology to achieve effluent quality standards beneficial for water reuse, which also reduces environmental impact of used water discharge. The technology has paved the way for governments and water solutions providers across the world to develop higher standards of public health. It has reduced the impact of used water discharges to the environment and enabled savings on infrastructural cost, facilitated by shorter outfall pipelines, thanks to the high-quality effluent suited for potable reuse. It is also a sustainable treatment option for fast growing communities due to the speed and ability of it being retrofitted into existing plants.

Beyond his invention, Professor Yamamoto has also advised on national used water treatment projects around the world since 2007, such as a low-energy demo used water treatment plant (WWTP) for industrial used water reuse in Saudi Arabia and Myanmar’s first MBR-based WWTP. In 2011, he chaired the Sewage Technical Meeting on Membrane Technology to develop guidelines for introducing membrane technology in sewage works.

Professor Yamamoto will receive the Lee Kuan Yew Water Prize 2020 medallion at an award ceremony from Mdm Halimah Yacob, the President of the Republic of Singapore on Monday, 18 April 2022 during the 9th edition of SIWW. This event, which will be held from 17 – 21 April 2022, will feature a range of flagship programmes, such as the Water Leaders Summit, the Water Convention and the Water Expo, for thought leaders and stakeholders from the global water industry to share best practices and solutions, harness business opportunities and co-create innovative water solutions.