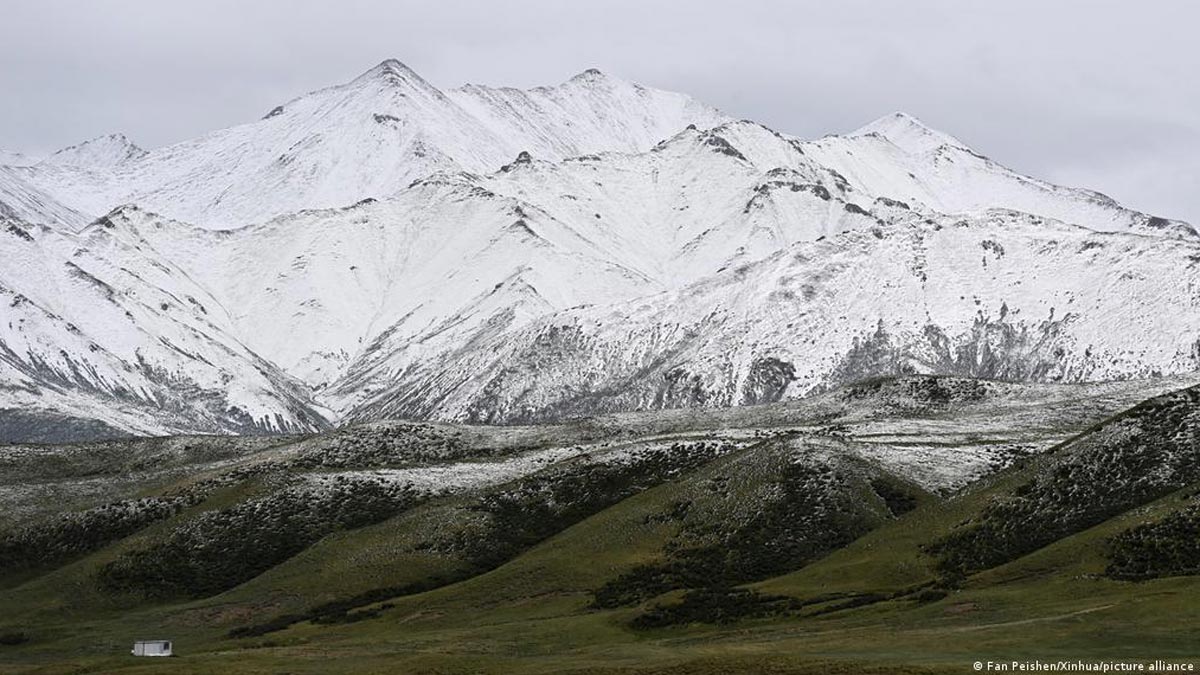 Experts fear that the Tibetan Plateau, also known as the “Water Tower” of Asia, which supplies freshwater to nearly 2 billion people could see a near-total freshwater storage collapse by 2050 in the region.

By the middle of this century, the entire Tibetan Plateau, will lose a substantial part of its water storage, a study has revealed. The study is the most comprehensive research on the issue to date, and was published in the Nature Climate Change journal.

A team of scientists from Penn State, Tsinghua University and the University of Texas at Austin found that climate change in recent decades has led to a severe depletion in terrestrial water storage (TWS), which includes all of the above- and below-ground water, to the tune of 15.8 gigatons per year in certain areas of the Tibetan Plateau.

Based on this pattern, the team has predicted that under a moderate carbon emissions scenario — SSP 2-4.5 emissions, the entire Tibetan Plateau could experience a net loss of about 230 gigatons by the mid-21st century.

We can expect a near collapse — that is, nearly 100% loss — of water availability to downstream regions of the Tibetan Plateau.

The Tibetan Plateau’s unique high-elevation terrain and atmospheric circulation dominated by monsoons and upper-level westerly winds generate precious freshwater resources in this region. While the area is relatively undisturbed by human activities, it remains an important regulator of the Asian monsoon system.

Despite its crucial role in water availability and supply, the region is highly sensitive to climate change.

The study’s findings are particularly important because a detailed look at how climate change has affected the TWS of the Tibetan Plateau had not been conducted before. However, advances in Gravity Recovery and Climate Experiment (GRACE) satellite missions have provided unprecedented opportunities to quantify TWS changes on a large scale.

Earlier, the absence of reliable future projections of TWS limited guidance on policymaking over the climate change hotspot.

The Tibetan Plateau is sometimes called “the roof of the world” and it contains a rich network of streams and rivers that supply drinking water to a large portion of Asia.

Seven river basin systems were studied in the research, supported by the National Natural Science Foundation of China and the Second Tibetan Plateau Scientific Expedition and Research Program.

The Amu Darya basin, Indus, Ganges–Brahmaputra, Salween–Mekong, Yangtze and Yellow rivers were selected for this analysis because of large populations and water demand in the downstream areas.  It was found that in the Ganges–Brahmaputra, Salween–Mekong and Yangtze basins, total water demand in the downstream areas can be met by other factors.

However, in the Amu Darya and Indus basins, the changes in the upstream TWS will seriously threaten downstream water availability.

The issue of dam construction over shared water resources, aggravated by climate change, could result in potential conflicts between the countries. Although the latest study informs about the climate-induced water crisis in West and South Asian countries, several studies in the past have documented the impacts of dam building on rivers originating from the Tibetan Plateau.

The Mekong also springs up from the Tibetan Plateau and flows to the South China Sea through Myanmar, Thailand, Laos, Cambodia, and Vietnam. Around 60 million people depend on the river for fishing, farming and transportation. Hundreds of hydropower dams have been built up and down the river since 2010, and most of them are in China and Laos.

A 2020 study from the Lower Mekong Initiative, which used river gauge evidence from the Mekong River Commission and the remote sensing process, suggests that for five months in 2019, China’s dams held so much water that they entirely prevented the annual monsoon-driven rise in river level at Chiang Saen in Thailand.

The water shortages could result in geopolitical conflicts. Water could fast emerge as a potential flashpoint between India and China, two of the world’s most populous countries. But it has far-reaching consequences for the entire continent.