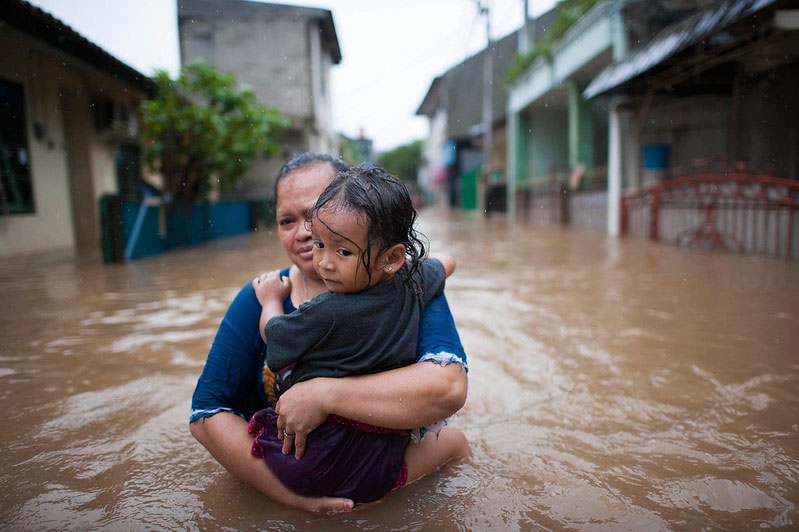 In a study by C40 Cities, a network of nearly 100 mayors of the world’s leading cities who are working to deliver the urgent action needed right now to confront the climate crisis and create a future where everyone, everywhere can thrive,  finds that without urgent action, millions more people around the globe will face grave risks from river flooding, along with more frequent and severe drought by 2050.

Supported by the Grundfos Foundation, C40’s analysis, entitled Water Safe Cities, leverages data from the network’s nearly 100 member cities to forecast the potential impacts of global temperature rise on urban economies and infrastructure. The findings show that if global warming continues unabated, 7.4 million people in the world’s largest cities will be exposed to severe river flooding within the next three decades, with damages to urban areas expected to cost $64 billion per year by 2050, even with current levels of global flood protections in place.

C40’s research suggests that devastating river and coastal flooding will unleash enormous economic, health, and social consequences that will affect millions across the globe. While cities across both the Global North and Global South are going to be affected by rising sea levels, populations in the Global South are ten times more likely to be affected by flooding and drought than residents in the Global North. At the same time, residents of Global North cities will face higher urban damage costs than residents of cities in the Global South. As many as 2,400 hospitals and healthcare facilities in C40 cities could be underwater by 2050, with nearly half of them in India. The research underscores that the world’s most vulnerable populations will increasingly find themselves on the front line of the climate crisis and are forced to endure its worst impacts.

C40’s analysis also shows how urgent action, such as using green solutions for water permeability and flood protection, improving water system efficiency and incorporating climate risk into urban planning can help cities to adapt to the climate emergency and work towards a climate-safe future for their residents.

Some key findings Include:

● River flooding is expected to cost C40 cities $136 billion in GDP each year over the next three decades.

● More frequent and severe droughts will increase water losses in C40 cities by 26% and will cost $111 billion in damages per year over the next three decades.

● Over 300 power stations across C40 cities are at risk of being flooded by 2050. More than half of thepower stations affected are located in US cities.

The potential loss of energy from these stations would be sufficient to power 8.4 million US homes for one year. “Sea level rise, flooding and drought are three of the most significant climate-related risks that cities face today,” said Mark Watts, Executive Director of C40 Cities.

“Cities have a wealth of tools and knowledge at their disposal to ensure that they are adequately preparing for the realities of the climate crisis, but effective action starts with an understanding of the scope and scale of the challenge.

“We are grateful to the Grundfos Foundation for supporting this critical research on climate-related water hazards, and we look forward to working together with cities in our network in the coming months and years to ensure they can effectively respond to these growing threats.”

Following the study, C40 is also proud to announce that C40 mayors will collaborate over the next several years to make and deliver upon new, ambitious commitments aimed at protecting urban populations from flooding and drought. Phase two of the Water Safe Cities project, supported by the Grundfos Foundation, will establish data driven targets, indicators and implementation pathways to track cities’ progress in mitigating these risks.

“Grundfos’ founder, Poul Due Jensen, always said that the world is full of problems that can be solved in a better way. He also strongly believed that anyone with the skills and knowledge to make a difference in the world had an obligation to do so,” said Kim Nøhr Skibsted, Executive Director of the Grundfos Foundation. “We have identified the challenges, and the solutions and technologies to fix them are already available. Now what is needed is to take action together. That is why the Grundfos Foundation is proud to partner with C40 Cities on the important work being done through the Climate Leadership Group.”

Sadiq Khan, Chair of C40 Cities and Mayor of London, said: “The climate emergency is one of the biggest global threats we face today. Here in London we are already experiencing first-hand the devastating impact of the climate crisis, with flash flooding last summer impacting homes, businesses, train stations, hospitals and bringing life in parts of the capital to a halt.

“This crisis also exacerbates social and racial injustices. The effects of the climate crisis don’t impact citizens equally – we know that it’s the most vulnerable – particularly those in the Global South – that face the worst consequences of climate change. Poverty, deprivation and health inequalities will also reduce people’s ability to prepare for, respond to, and recover from flooding incidents.

“To address the climate emergency, mayors around the world need to create resilient cities that are adapted to the impacts of climate change including flooding. As Chair, I’m working closely with C40 mayors to take urgent action so that our cities are safer, greener and more prosperous for all.”