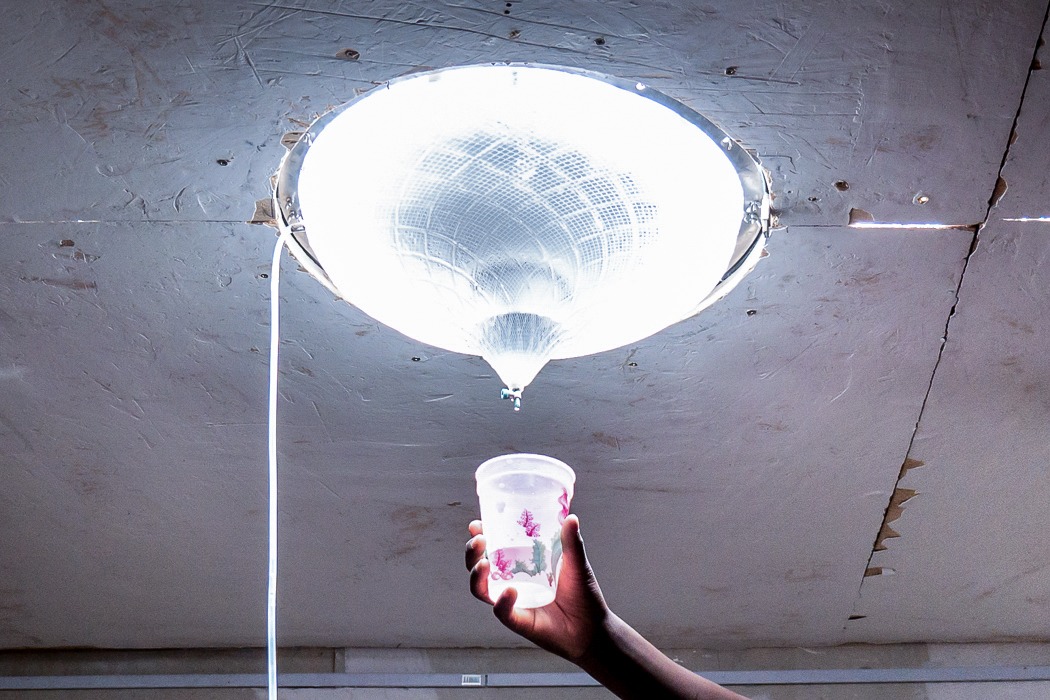 According to UNICEF and WHO 2019 statistics, 1 in 3 people around the world do not have access to safe drinking water, and it is likely that the pandemic has only worsened the situation.

It’s clear that providing safe water for all is one of the most pressing problems in public health. Now one design student thinks he has found a solution – and it’s cheap to produce and free to use.

Architecture student Henry Glogau has developed a ‘skylight’ which produces drinking water alongside light. Even more impressively, he passed on his design know-how to local people in Chile so they can build their own skylights using materials they already have, like old plastic bottles.
The Solar Desalination Skylight works by evaporating seawater using heat from the sun.

During the day, seawater trickles through a pipe into the bowl-shaped skylight. The salt and pollutants are removed and clean drinking water is extracting via a tap at the Skylight base. The leftover salt brine creates ‘seawater batteries’ which then power the light at night. It was about trying to combine these simple ideas, which have been around for hundreds of
years.

Henry’s design was inspired by a trip to shanty towns in Chile, as part of his Masters at the Royal Danish Academy. “What was fundamental for my design was establishing a relationship with the local NGO, ” he says. “They provided a lot of research, but also knowledge into life within these informal settlements.”

The Solar Desalination Skylight is a finalist for the Lexus Design Award 2021, a competition dedicated to empowering humans to make good things for the future of humanity and the planet. Projects that are finalised and awarded are chosen for their positive impact on human society