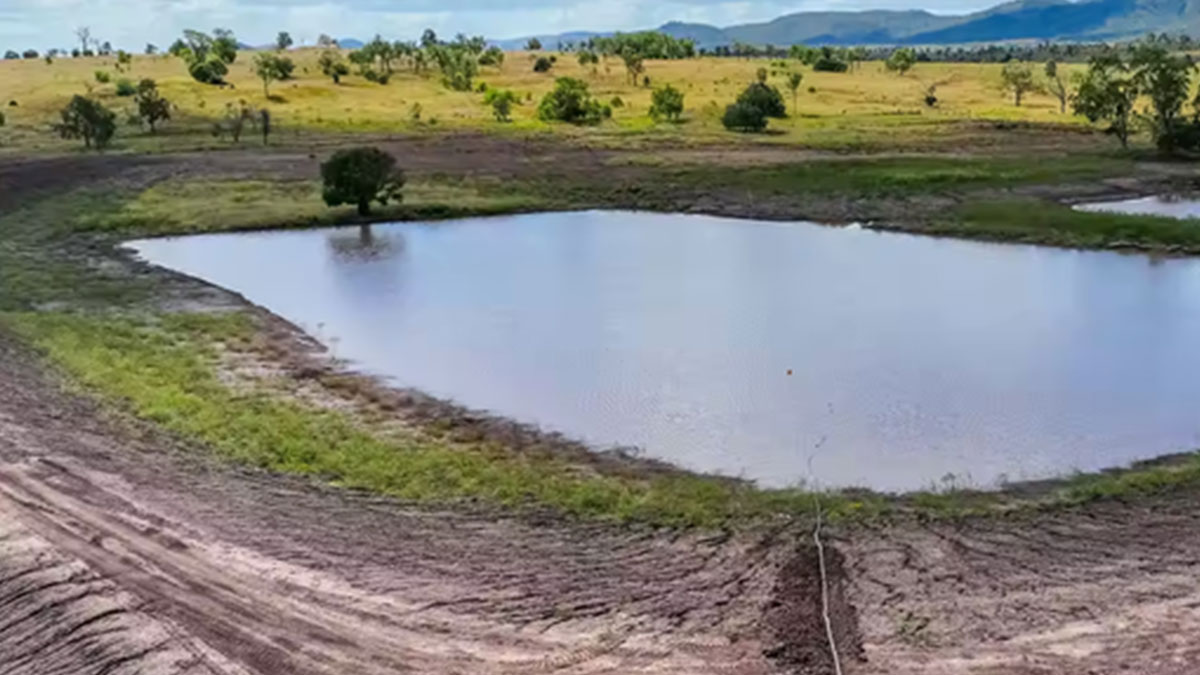 For Rob and Melinee Leather, owners of Barfield Station in Queensland’s Dawson Valley, running their 15,500 acre (6,272 hectare) organic beef operation would be impossible without a reliable supply of fresh, clean water.

When Rob and Melinee Leather bought Barfield Station with the intent of establishing a certified-organic beef business, they found property was relatively poorly watered. The problem wasn’t water availability but a lack of watering points for the livestock, leading to high levels of grazing pressure and soil damage around troughs and dams as the cattle concentrated at the available water sources.

Spreading their watering points out by installing new troughs, piping, underground holding tanks and transfer pumps would enable the Leathers to even the grazing pressure out and make better use of their grass cover.

At the time, the existing water pumping and transfer systems were operated by high voltage pumps using electricity generated by diesel generators, with mains power back-up where it was available. It was clear why this infrastructure was never expanded or dispersed. The equipment required regular monitoring, maintenance and refuelling, leading to substantial secondary costs in travel time and fuel.

Climate change has also been aggravating the water situation. Like all of central Queensland, Barfield Station is experiencing hotter, drier conditions with more extended drought periods than in the past. During droughts, the water level of the essential aquifers can drop significantly, resulting in lower pressures at the well-head.

The Leathers have committed to addressing climate change by pursuing carbon neutral status as a complement to their EU organic certification.

The desire to invest in better water infrastructure and become carbon neutral meant Grundfos Solar Pumping was ideal for Barfield Station. With an ‘agri green loan’ from the bank, the legacy pumps and diesel generators were replaced with Grundfos pumps and fully integrated PV arrays. The business also expanded its watering system to  include new dams, troughs and underground storage tanks.

Where the smaller, fossil fuelled system used to cost $100 to $200 per day, plus supplemental mains power and the vehicle costs for service and maintenance, the much larger Grundfos Solar Pumping system has reduced pumping  costs to as little as $500 per month for back-up electricity. The wide operating range of the Grundfos pumps suits the varied applications, as well as variations in the water table.

For example, one bore that could provide over 6,400 liters of water per hour was reduced to less than 1,200 liters per hour during the recent drought. An efficient 2kVA motor also means the pumps can keep running when power from the PV array is reduced by cloud. At the other end of the scale, the Station operates a solar powered CR Flex pump that transfers 60,000 liters per day from one set of holding tanks to another, across a distance of some four kilometers and a head height of 22 meters.

Rob and Melinee Leather have appreciated the plug-and-pump simplicity of the installations, as well as the timely back-up provided by their Grundfos partner if they need technical support or advice on operating and adjusting the systems.

“Water supplies are critical to our business and the health of our cattle,” Melinee says. “You know, it means everything to us.”