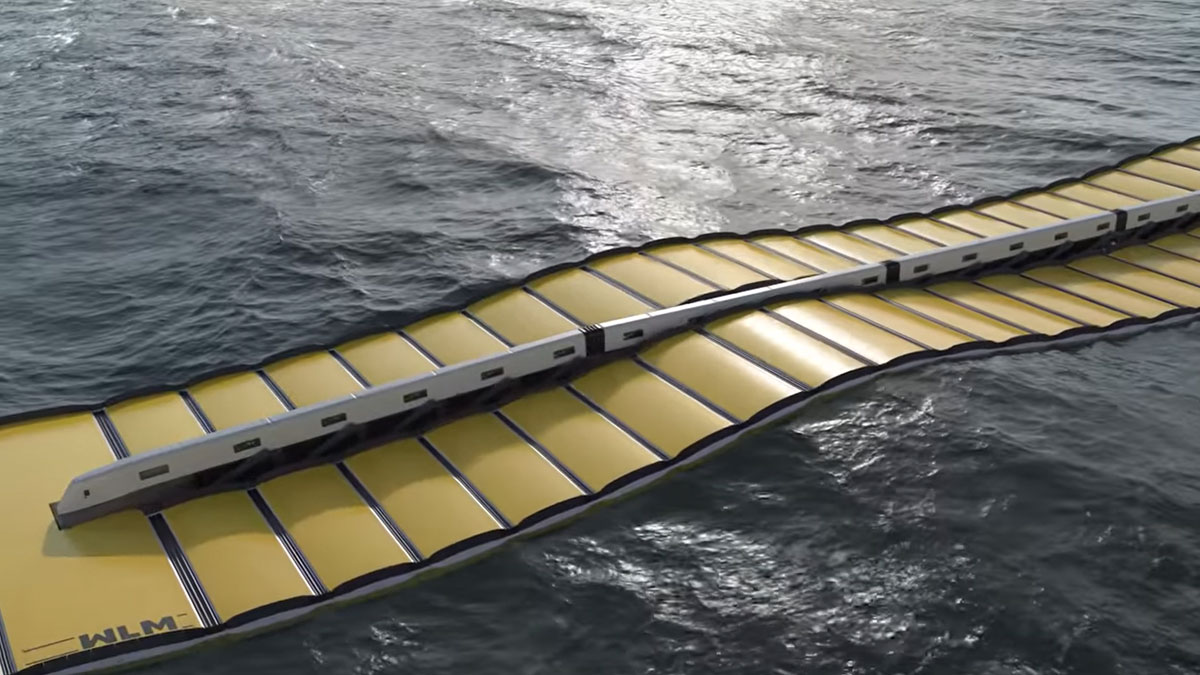 A startup in Cyprus has designed a unique spine-like floating device to harness the energy of the waves and convert it into electricity.

This is one of the many ways renewable sources can be used to meet the worlds increasing energy demands. With the goal of reducing carbon emissions, the major question remains as to why sea and ocean waves have not been tapped into yet.

Various approaches have been attempted to do so. From floating buoys to underwater generators that look into tap into pressure differences, all have failed to deliver a technology that can be scaled up. However, of late, there has been some success. Recently, it was reported how an Australian company has been powering homes with its unique wave energy converter for over a year now. Now, a floating spine-like contraption has shown promise too.

Cyprus-based Sea Wave Energy Limited (SWEL) has been working on its technology to capture energy from the waves for over a decade now. Earlier this year, the company unveiled the prototype called the Waveline Magnet, which comprises several floating platforms linked to each other to give it a floating-spine-like appearance.

The modular and flexible system is designed so that the energy generator can seamlessly follow the movement of the waves. This, according to the company, allows the device control over how much energy is extracted from the wave in a controlled and non-disruptive manner.

Additionally, the device can be manufactured using plastic and reinforced plastics that do not require specialized lines of production, thereby reducing the cost of making them. Not only can the device be manufactured and deployed quickly, but its repair and maintenance costs are also low.

Under the right conditions, a single wave energy converter can generate as much as 100 MW of power, the company claims, and its low cost of energy production puts it at par with fossil fuels already.

The prototype has largely been tested in controlled environments. It was only last year that the device was taken out to Larnaca Bay in Cyprus for its open-sea trials. It needs to be further validated, and there is still room for improvement in the technology.

With regards to survivability at sea, the company is confident that the spine-like mobility of the device will allow it to move with the waves rather than oppose them, increasing the life of the device.

Since the device can also be made using recycled materials, it will also not be a burden to the environment like the solar panels or wind turbines are proving to be. The plastic used in the device is also reinforced plastic, which will not only give waste plastic a second life but also help tap into a less-explored renewable energy source.

If all goes well, the Waveline Magnet could indeed be the world’s most efficient and low-cost wave energy generator, as the company claims on its website.