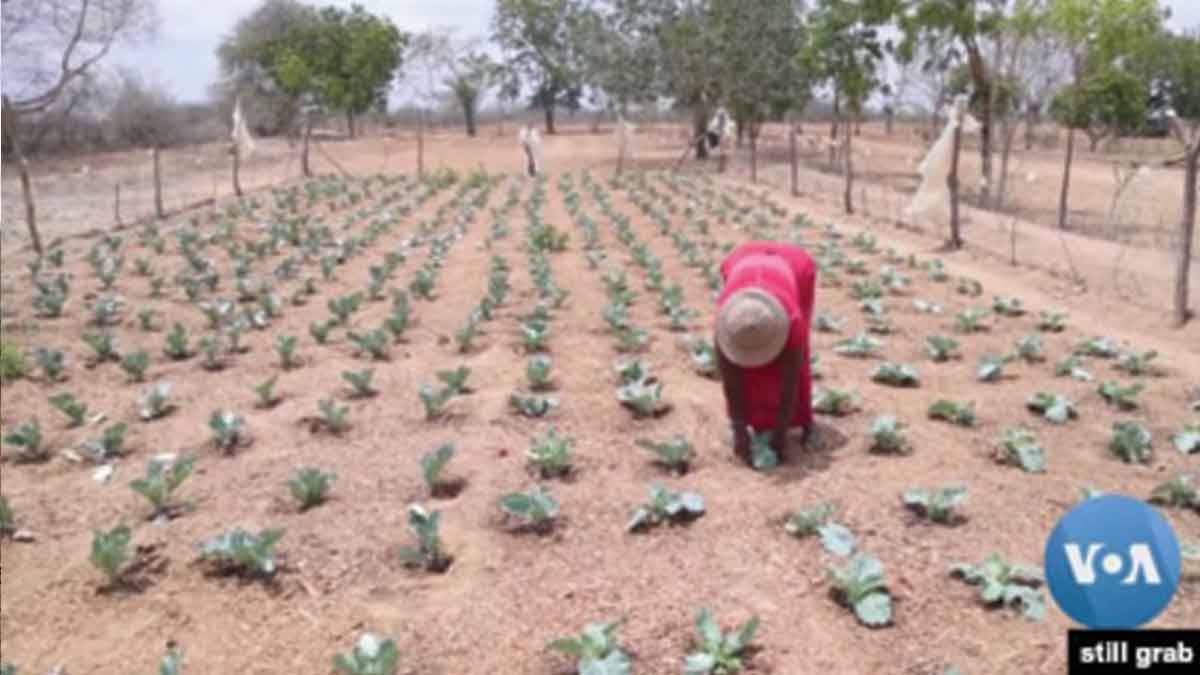 A water system developed in the United States is helping improve crop production in drought-affected areas in Africa. These are dryer areas of the continent which are very hard to grow food due to increasingly severe droughts.

The system developed by Alvin Smucker a professor of soil biophysics at Michigan State University, involves plastic membranes that look like clear covers. When put in the ground, they prevent the loss of water and other healthful substances from the soil.

The technology has so far been tested in Zimbabwe and in the village of Ulilinzi of south-eastern Kenya where the sandy soil has made it nearly impossible to produce a lot of crops. The problem is made worse by droughts. But the new water retention technology is giving farmers here new hope.

The research had a lot of government funding, going into millions and millions of dollars to put all these systems together and then test it in Texas, Arizona, California and Michigan.

Shem Kuyah, a researcher at the Jomo Kenyatta University of Agriculture and Technology is one of the scientists leading the testing of the technology in Kenya. He said the membranes were tested on farms that grow cowpeas and corn. The farms where these membranes had been installed were more productive.

Framers who have been working on this technology say they have been getting good harvest. They are getting vegetables which cannot be found anywhere else around the area

Sylvia Nyawira is a researcher at the International Center for Tropical Agriculture, one of the organizations leading testing in the sub-Saharan area. She said the retention technology could help crop growth over a long time period.

“If farmers continue to retain their crop residues in the soil…there’s buildup of organic matter,” she said. “So, even in five years to come, the yields that we have been witnessing in plots that have the technology are expected to be much higher.”

“As you increase productivity, the crops are able to take carbon from the atmosphere and fix it into their biomass,” Kuyah said. “You are able to lock it into the soil.”

However, the new water retention technology has a high cost and requires a lot of labour. It costs as much as $2,000 to buy the membranes to cover one hectare of land.