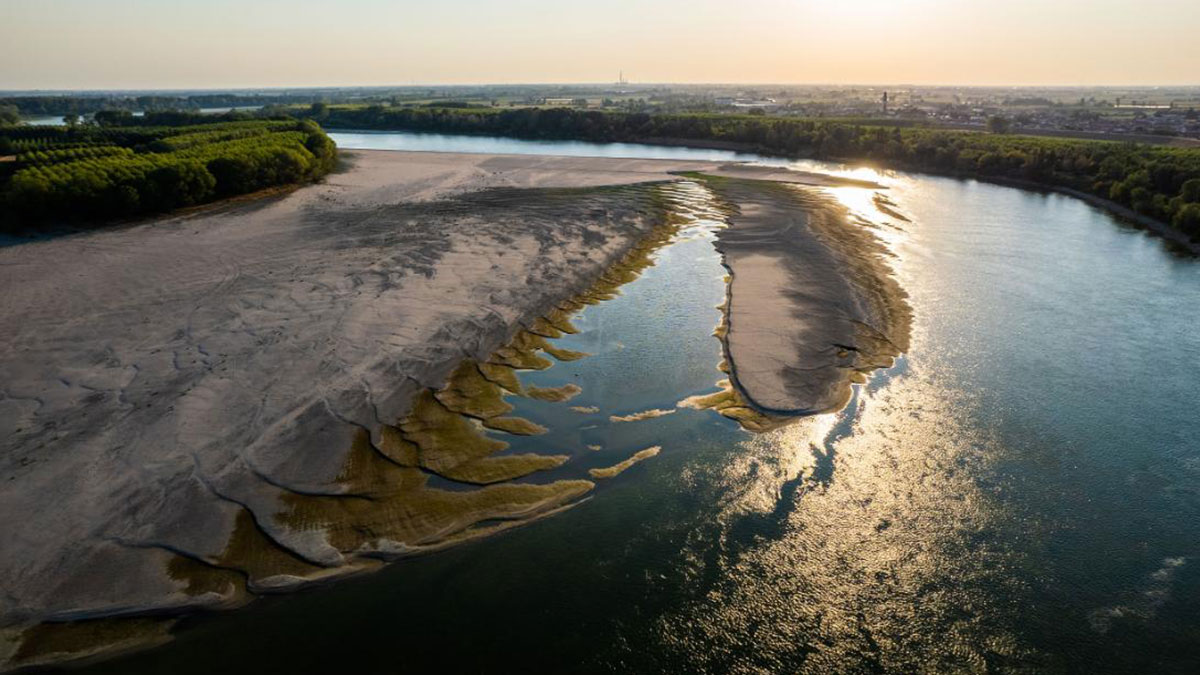 Lack of rain and relentless heat waves are drying up rivers in the US, Europe, Asia and the Middle East. Many are shrinking and some rivers are so desiccated, they have become virtually impassable.

The human-caused climate crisis is fuelling extreme weather across the globe, which isn’t just impacting rivers, but also the people who rely on them. Most people on the planet depend on rivers in some way, whether for drinking water, to irrigate food, for energy or to ship goods.

Colorado River –The Colorado River is drying up at its banks and thinning out, as a historic drought in the US West shows little sign of abating. The river is crucially maintained by two of the country’s largest reservoirs, and to safeguard the river basin, the government has implemented mandatory water cuts and asked states to come up with additional action plans.

The Yangtze River –The Yangtze River in Asia is drying up at its banks and its bed is emerging in some areas. But it’s the Yangtze’s tributaries that are already intensely parched. China has announced a nationwide drought alert for the first time in nine years, and its heat wave is its longest in six decades.

The Rhine River –The Rhine starts in the Swiss Alps, flows through Germany and the Netherlands and then flows all the way out to the North Sea. It’s a crucial channel for European shipping, but right now, it’s a nightmare to navigate.

The River Po –The River Po cuts right across the top of Italy and flows out east into the Adriatic Sea. It’s fed by winter snow in the Alps and heavy rainfall in the spring, and has a steep fall that brings a fast flow. Typically, devastating floods are more of a problem around this river.

A big problem is that millions of people rely on the Po for their livelihood, mostly through agriculture. Around 30% of Italy’s food is produced along the Po, and some of the country’s most famous exports, like Parmesan cheese, is made here.

The Loire River – The Loire in France sustains a valley of vineyards that produce some of the world’s most famous wines. The river stretches over around 600 miles and is considered France’s last wild river, supporting biodiverse ecosystems throughout the valley, much of which is protected by The United Nations Educational, Scientific and Cultural Organization.

Parts of the river are fairly shallow already, but its levels and flow can change rapidly with the weather and as snow at its source melts. Some sections are so dried out from the lack of rain and extreme heat that people can cross by foot.

The Danube River -The Danube is Western Europe’s longest river and a crucial shipping channel that passes through 10 countries. In Romania, Serbia and Bulgaria, workers are dredging the river just to ensure vessels can still navigate it.