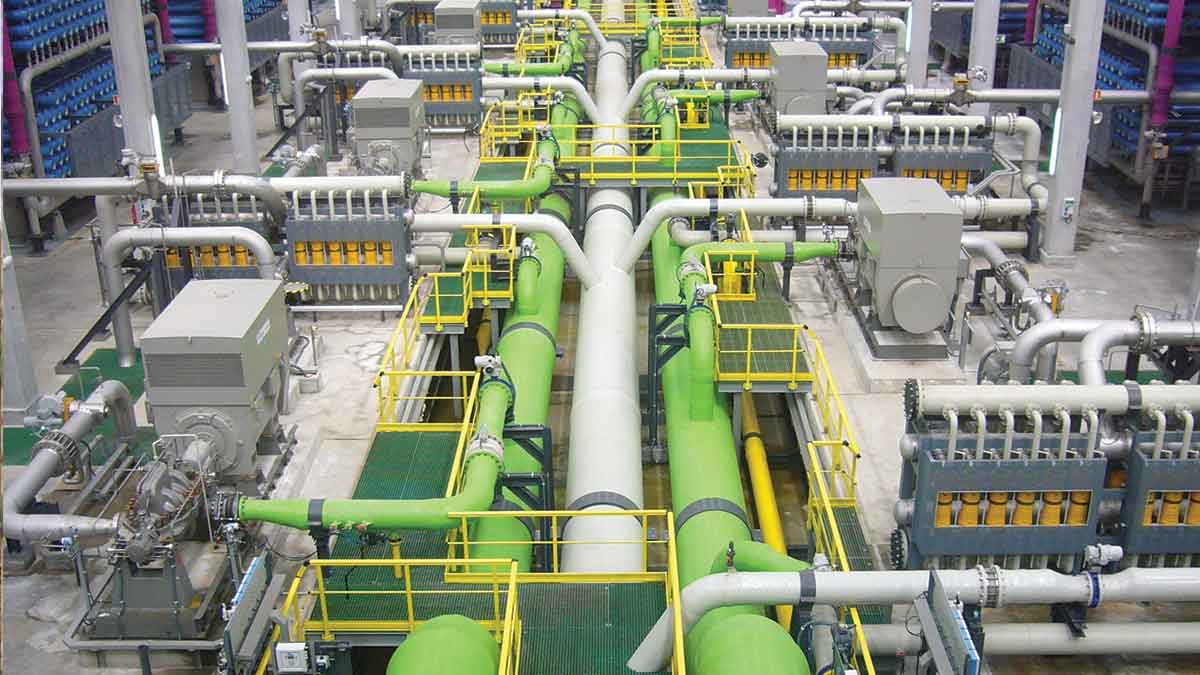 The market for water desalination is projected to grow from $13.8 billion in 2019 to $29.1 billion in 2030 at a CAGR of 9.1% during the forecast period. This expansion is being fuelled by the rising demand for drinkable water brought on by overpopulation and the industrialization of underdeveloped countries.

Desalination is the procedure of purifying seawater by eliminating dissolved minerals and since it can supply clean water in places where there is a lack of it, it is becoming a more crucial answer to the world’s water dilemma. Reverse osmosis (RO) and multistage flash are the two primary methods of desalination (MSF). While MSF employs pressure and heat to evaporate seawater and then condense it into fresh water, RO uses a semipermeable membrane to remove salt and other contaminants from water. In places with limited water supplies, desalination offers a dependable source of fresh water. Due to the lack of chemical use, it is also more environmentally friendly than conventional water treatment techniques.

Due to population expansion and the industrialization of developing nations, the water desalination market is necessary. The infrastructure needed to construct and run a desalination plant might be excessively expensive. Desalination is also a costly operation. Desalination may also harm the environment because it uses a lot of energy to run and produces brine, a concentrated salt solution that needs to be disposed of carefully.

The primary objective of significant players is to create cutting-edge technologies for desalinating water. They are also working to expand already existing desalination plants in addition to building new ones. They also engage in research and development to create desalination systems that are more effective and affordable.

The market is dominated by RO technology because of its low cost, high efficiency, and broad use across numerous regions. MSF technology is also becoming more well-known due to its high-water quality and minimal impact on the environment. The most popular method of desalination uses saltwater since it produces a lot of potable water and water for industrial purposes.

Water for household purposes is used in municipal applications, whereas water is used industrially for the production of electricity, mining, oil, and gas, as well as other industrial purposes. Since there would be a greater need for potable water as a result of population growth, municipal is anticipated to rise at the greatest CAGR during the projection period.

Water desalination has the largest market in North America, followed by Europe and the Asia-Pacific region. The enormous portion of North America can be attributed to the area’s abundance of desalination facilities. The region also has a high need for clean water as a result of the strict environmental rules.

The largest oil business in the world, Saudi Aramco, disclosed in May 2019 that it would spend $500 million on a desalination facility in the Red Sea. It is anticipated that the project, which would be the biggest desalination plant in the world, will produce 1.5 million cubic metres of water each day.

A new desalination facility in Egypt will need turbines, and GE Power announced in March 2019 that it had been chosen for the project. The plant, which will make use of RO technology, will produce 100,000 cubic metres of water each day.

A desalination facility in Oman will be built by Hitachi Zosen Corporation, according to a February 2019 announcement. The factory will make 60,000 cubic metres of water each day using RO technology.