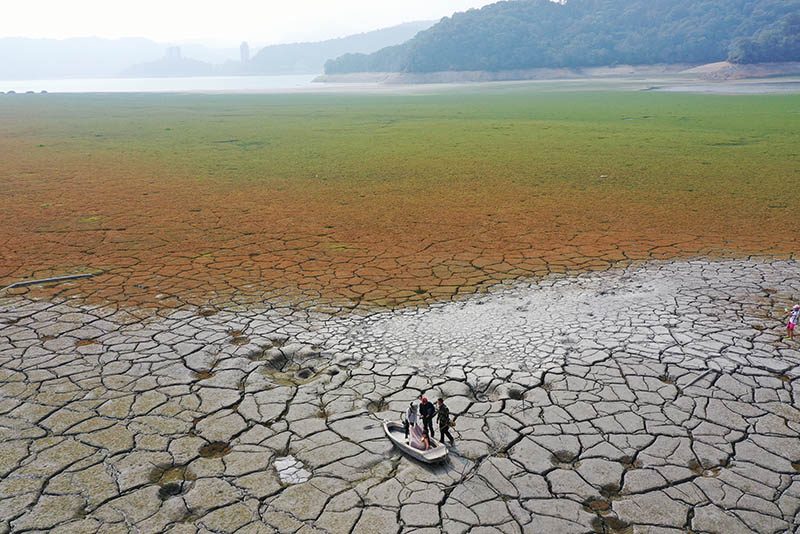 Taiwan is currently experiencing its worst drought in more than half a century with reservoir’s water level receding.

As of April, the worst-hit areas of Taichung and Miaoli Counties have been put on “Red Alert,” with rolling two-day water shutdowns being carried out every week, as well as additional restrictions for businesses. If the long-anticipated monsoon “plum rains” in May and June do not come, the entire west side of the island, including the silicon stronghold of Hsinchu, is in danger of going into Red Alert.

Water trucks have been rolling into the Hsinchu Science Park for months now to supply the tech manufacturers there after they were asked to reduce their use of the municipal water supply by 13%. Chipmakers, including Taiwan’s world-leading Taiwan Semiconductor Manufacturing Co. (TSMC), are big users, according to semiconductor analyst Mario Morales.

Fortunately, contingency planning by the Ministry of Economic Affairs (MOEA) Water Resource Agency paid off. A water pipeline that came online in the nick of time in January this year brings more than 20,000 metric tons of water from relatively wet Taoyuan to parched Hsinchu every day. Without the pipeline, an emergency desalination plant, and the eight emergency wells tapping into groundwater in the area, the two Baoshan reservoirs in Hsinchu County that supply the science park would already be dry.

Interestingly, despite this season’s extreme drought and the spectre of more dry years to come, the average annual rainfall in Taiwan has not decreased.

As for this year’s weather prospects, the nation should brace for a drier than usual monsoon season. Chances are Taiwan will get less rain than the average monsoon season.

Even for dry years, Taiwan is still “relatively blessed” with water resources but the argument is that the government should have done more, earlier, to upgrade Taiwan’s water infrastructure.

Most of our reservoirs are old and really clogged with silt. This prevents them from holding as much water. Pipeline repair should also be a priority so that there is no leaking water.

Despite the spotlight on industrial water use, the majority of Taiwan’s water actually goes toward another use: agriculture. Rice paddy culture floods the fields so that the plants that produce the rice that the nation is accustomed to eating can grow with their roots sitting in water.

In fact, 70% of Taiwan’s water is used for agriculture, while roughly 20% is for daily civilian use and only 10% for industrial purposes.

Another problem that needs to be fixed is Taiwan’s under-pricing of water. Taiwan shouldn’t be a country with drought problems if the country’s water resources are properly managed and every drop is treated as precious