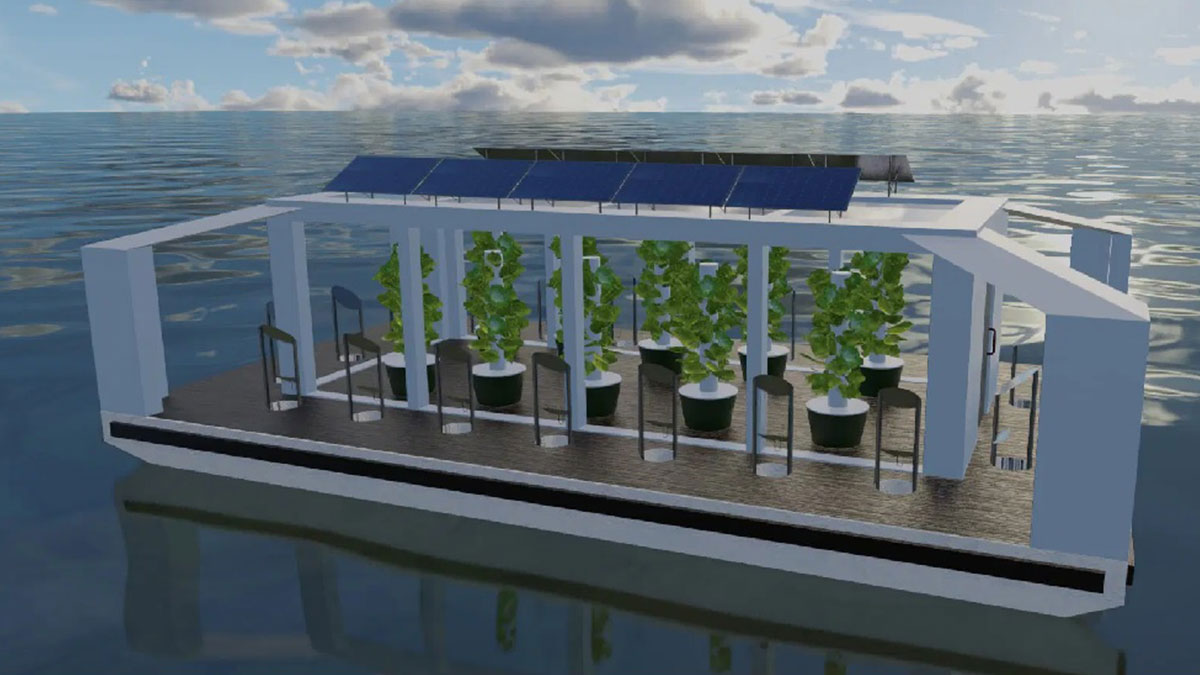 UAE Manhat, a water technology start-up, has come up with a deep tech solution to the water and food scarcity issues in the GCC and MENA region.

It is estimated that by 2050, the Middle East and Africa will be home to about 3.4 billion people, propelling the need for increased water supplies, which are already a scarce resource in the region. Therefore, this new technology is crucial for the region.

Although this option is expensive and has environmental consequences, currently desalination has been the solution in the GCC region. Only 3 percent of the world’s water is freshwater, and two-thirds of that is trapped in glaciers or otherwise unavailable for use.

The UAE is the world’s most water scarce countries, given that 80 percent of its land is desert.

In the UAE, the agricultural sector is responsible for two-thirds of all water consumption in the UAE, and there are no natural fresh bodies of water. The underground water is not sufficient for sustaining the economy because it requires purification before usage. At the moment, the UAE depends on desalination, which is energy-intensive, contributes to CO2 emissions and produces brine.

The UAE deep tech start-up has invented and patented a solar water distillation technology that can produce usable water by trapping the lost evaporated water from the ocean. The start-up’s solution involves placing a large greenhouse construct on the seashore, then relying on solar rays to heat the water so it evaporates. After that, the ascending water vapour condenses when it touches the cooler side of the construct, being collected and stored as distilled water, with no waste, brine or emissions.

The water evaporating from the Arabian Gulf is at least 84 cubic miles (350 cubic kilometres) per year, approximately ten times higher than the total desalinated water produced annually in the region.

Manhat is curently testing the technology, with various prototypes deployed around Abu Dhabi in collaboration with Abu Dhabi Ports and the developer group Alreem Island. Anchored devices have been installed into the concrete walls of the corniche [Abu Dhabi’s waterfront], whereas floating devices have been deployed on water surfaces. No electricity is used in the process so no carbon dioxide emissions.

The startup is also building floating farm solutions that integrate with their water distillation technology. This also tackles the issue of food scarcity.

Manhat is working towards funding its ground-breaking deep tech pilot. Their next goal is to launch a pilot floating farm to grow mushrooms and generate revenue.

This pilot project is expected to be constructed and evaluated over 12 to 18 months. After this evaluation period, Manhat will expand the technology to cover other crops including wheat and rice.

The Abu Dhabi government’s economic accelerator program, Ghadan 21, is focused on agriculture technology. Once fully deployed, the agri-tech financial package is forecast to contribute $449.3 million to GDP, create 2,900 new jobs and contribute to the UAE’s goal of increasing domestic food production by 40 percent.