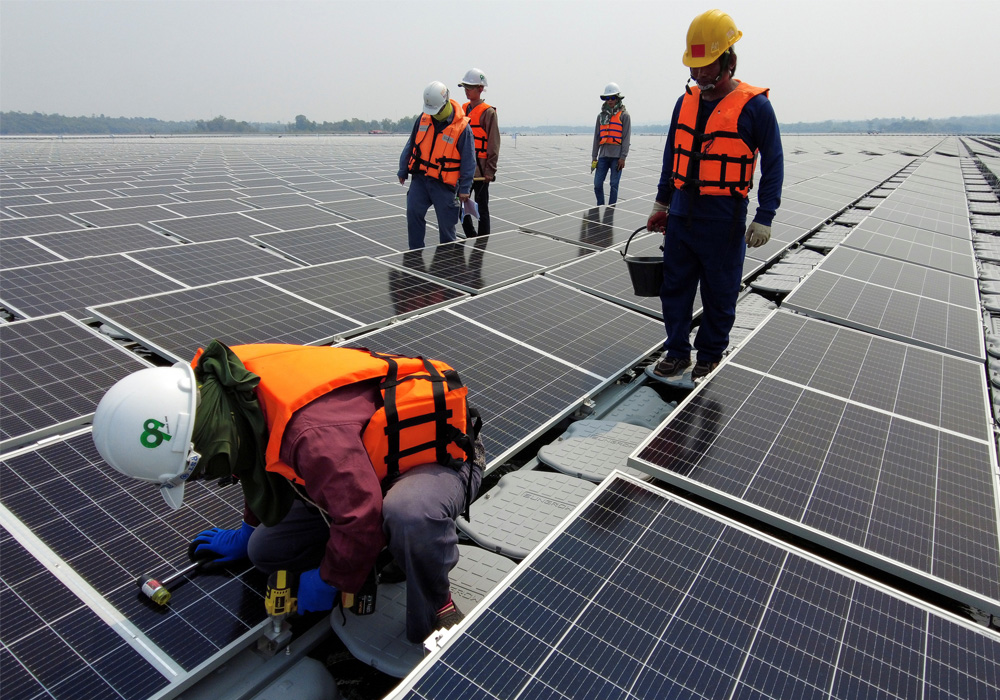 About 144,417 solar panels are being installed on a reservoir in the northeast province of Ubon Ratchathani, where workers are completing the last of seven solar farms covering 300 acres (121 hectares) of water, thus moving a step forward toward boosting renewable energy production. For years the country had to face criticism for reliance on fossil fuels.

The state-run Electricity Generation Authority of Thailand (EGAT) is touting the pilot project as one of the world’s largest hybrid hydro-solar power ventures and aims to replicate it at eight more dams over the next 16 years.

When all the projects are completed in every dam, it will have total capacity to generate 2,725 megawatts.

Since November, EGAT has been putting together floating solar platforms at the Sirindhorn dam, one of the country’s largest hydropower sites, which it says should be able to generate 45 megawatts of power.