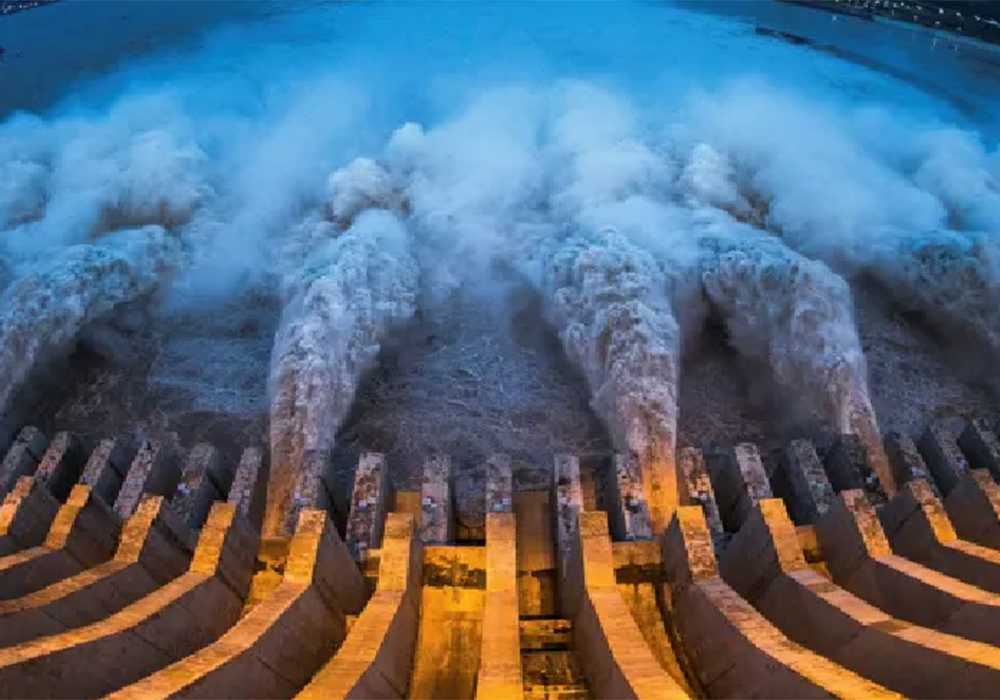 The Three Gorges Dam in central China’s Hubei Province on Thursday ushered in the largest flood peak since the construction of the reservoir, according to local authorities.

The Three Gorges Dam is the world’s largest hydroelectric dam. The dam, which was completed in 2006, was designed for a maximum water level of 175 meters.

Increased discharge from the dam following heavy rains since July has effectively alleviated the flooding pressure on the downstream cities of Yangtze River in Hubei and Anhui provinces. Through multiple rounds of storage and release, total water storage of the dam has reached 18.2 billion cubic meters during this flooding season.

The dam opened three sluice gates to discharge floodwater during the first flood of the Yangtze River this year.

Three Gorges Reservoir stored approximately 2.5 billion cubic meters of floodwater on that day.
The key aspects of the Three Gorges Project in the comprehensive flood control system of the Yangtze River are reflected in its location and its effectiveness.

This mega-dam aims to do flood control, power generation, and also serves for shipping, and water replenishment. But flood control is the “core capability” of the dam, and it is also the original intention behind its construction

The Three Gorges Project has installed the world’s largest flood discharge sluice gate. The maximum discharge capacity of the dam exceeds 100,000 square meters per second, equivalent to the amount of water poured in 40 Olympic swimming pools in one second.