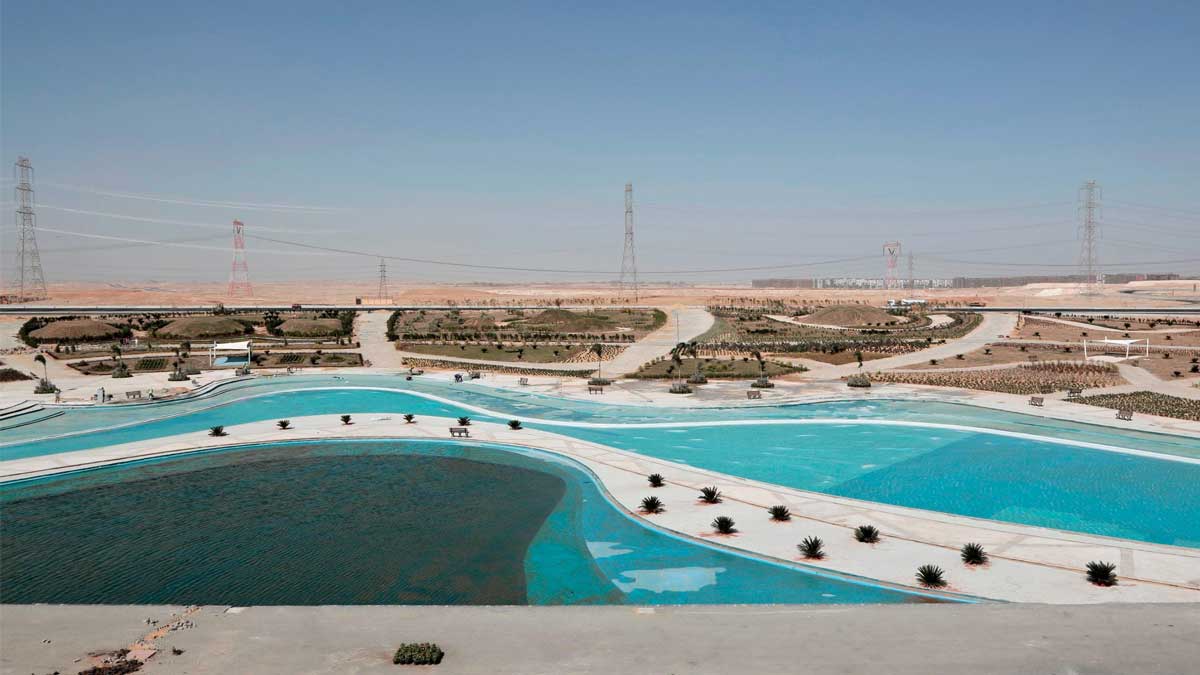 The Egyptian government is building a giant belt of lakes and parks deep in the desert. Creators call it the “Green River” and say that when finished, the ornamental ribbon will cut through Egypt’s brand new, ultra-modern metropolis: its New Administrative Capital.

A digital simulation shows the “river” running in the middle of a desert, with no natural sources of water nearby but just how the government plans to source the vast amounts of water for the project is unclear.

The oasis is being constructed in the middle of a worsening climate crisis. And as temperatures rise and the population balloons, water scarcity has become a critical concern for Egypt.

Egyptian authorities have repeatedly sounded alarms over the country’s water problems. In May, the Minister of Local Development announced that the country had entered a stage of “water poverty” according to UN standards.

And just last month, Egyptian President Abdel Fattah al-Sisi said the country’s water resources could no longer meet the needs of the rapidly growing population, noting that his government is nonetheless taking strategic steps to conserve equal water supply and it is expected to get worse with climate change.

Experts say the Egyptian government’s own water management strategies are contributing to its pressing water crisis.

The artificial body of water is meant to mimic the Nile and become a key centrepiece of the New Capital project.

CNN has been unable to verify how much of the Green River project has been constructed to date, but in June authorities said the first phase of the New Capital was more than 70% complete.

The Egyptian government says it’s running a number of projects aimed at conserving water and maximizing its use. One such initiative, launched by the Ministry of Water Resources and Irrigation in 2021, is seeking to rehabilitate canals with the aim of improving water management and distribution.

But Egypt’s water shortage problems also stem from mismanagement, as well as a lack of equal distribution and that the issue tends to be overlooked in the government’s narrative.

And while Cairo cites rising global temperatures, shore erosion, and the melting of glaciers as key challenges to securing enough water for its booming population, analysts are sceptical about both the source of water used and the sustainability of the Green River project itself.

Egypt’s megaprojects in the desert may put further strain on already scarce resources, analysts say. It has been building new cities for decades, with multiple generations of new urban projects expanding far into the desert surrounding Cairo. Egypt’s New Capital is the latest of these projects, and one of the largest and water is at the heart of it.